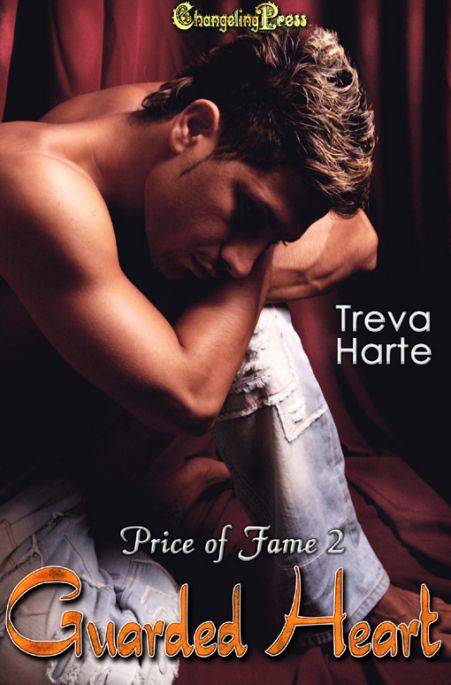 Leo was sure Gene would see the advantages of staying in California — with Leo — once he gets Gene back home. But it looks like Gene’s only here to find out why he’s been threatened, and to make sure his only friend in the state isn’t the one making threats.

Leo knows finding out the truth could leave Gene disillusioned and in danger. It probably doesn’t matter that Leo cares a hell of a lot for the guy. Enough to protect him, find out the truth, and let Gene decide whether to stay or go.

or pre-order for September 13th at retailers

For some reason I’d thought I’d finally got Gene when he agreed to come home to California. I mean, how could you not love California? The beaches, the food, the people, even the damned smog and the occasional earthquake. I couldn’t imagine any place better. But he had the worst plane phobia I’d ever seen on anyone who actually made it onto a plane and stayed there. And motion sickness, I think. And probably just anxiety about every damn thing he was doing on this trip and why he was coming back.

The car ride from the airport had been only marginally better than the plane ride. He wasn’t turning green once we touched ground, but once he got in the rental car Gene took to crossing his arms as if to ward off a threat.

“Sorry, Leo,” he said before he got in the taxi. I wasn’t sure exactly what he was apologizing for. Being a bad traveler? Raising my hopes that once he got here, he’d be happy?

Gradually he stopped talking at all. That wasn’t like him.

I braced myself for the reaction when we entered my condo. Whatever it was, I knew it wouldn’t be what I expected. He never did what I thought he would.

“This isn’t a crappy place.”

“It’s no penthouse, but it’s really near the office.” I’d been lucky to get the one bedroom back when someone needed quick cash. But compared to what Gene used to live in…

I watched him head over to the patio window and look out and then try another angle for the view.

Damn it, this totally didn’t measure up to his mansion in fucking Malibu. That place was exactly what a big star, a star as big as he’d been, was supposed to be in.

A hummingbird. He reminded me of a goddamned hummingbird as he craned his neck and then stepped back. That was his usual style. Colorful, eye-catching, and darting here and there. He didn’t belong in my minimalist place — the nice way of saying I had almost no furniture beyond what was absolutely needed and the walls were painted a boring, neutral light gray. I hadn’t thought much about it until he arrived, looking out of place.

Then again, he hadn’t looked right in his cabin in Maine. That made this place look like a palace. Maybe it was just as well he hadn’t seen where I lived until he’d spent a decade living in a beaten-down shack in the middle of nowhere. Anything would look good after living there.

Damn it. I hadn’t felt self-conscious in years, and I wasn’t going to take up the habit now. “Why don’t you settle in? I need to check my email and make a few calls. Then we can have some tea — I think I have some — and figure out our next moves.” I tried to sound casual. Orders weren’t going to work with Gene, especially a jumpy Gene. But I already knew what needed to be done. We could wrap this up in a few hours at worst if what I thought happened actually had. And if it hadn’t, then what was going on would be a damned unusual event.

“Maybe a shower. I’ve probably sweated my shirt through.” Gene looked faintly embarrassed. “I haven’t been on a plane in a long time. For good reason.”

“Smartass.” Gene grinned and then headed toward the bathroom without asking for directions. It didn’t take much to figure out where it had to be. My condo wasn’t a lot bigger than his cabin.

I fought the sudden drive of lust when I saw that grin and then I had to fight following him into the shower. I had work to do, even though that pull of sex was almost too strong. How the hell did he do that? I usually had more self-control.

I needed that self control as I began to go through the emails I needed to answer. Most of it was routine, thank God, because I began to think about other things — namely, what happened next. Once we wrapped his problem up, then what? How would Gene take a theft from the one person he trusted back here? And what possible reason would we have to see each other afterward?

Not just theft, but attempted murder. Whoever had threatened him had followed through, however badly, by hiring someone who used a teenager to shoot off a BB gun into Gene’s house. A half-assed attempt was still an attempt. The threats, the shooting — I didn’t know why that was supposed to cover up embezzlement, if that was the issue, but lots of thieves didn’t think things out properly.

But the thing was, once we found out it was his agent, Gene would have no reason to ever come back to California. He hated it now. And California was my home.

Why the fuck did I care? It wasn’t like we were long-time lovers. Gene had hired me a second time after we hadn’t seen each other in a decade. Shit, after he’d fired me and disappeared. We’d just barely started to be friendly fuck buddies this time around. So I’d been a little hung up on him for the past few years. More like ten years, but…

“All right. I’m almost feeling human again,” Gene announced, his voice at my elbow as he bent over to see what I was doing. “Let’s hit the tea and discuss things.”

I looked at him all showered, clothed, and perky and I wasn’t thinking about tea. He smiled again, slowly, as he assessed my stare.

“Unless you have a better idea,” he said.

More from Treva at Changeling Press …