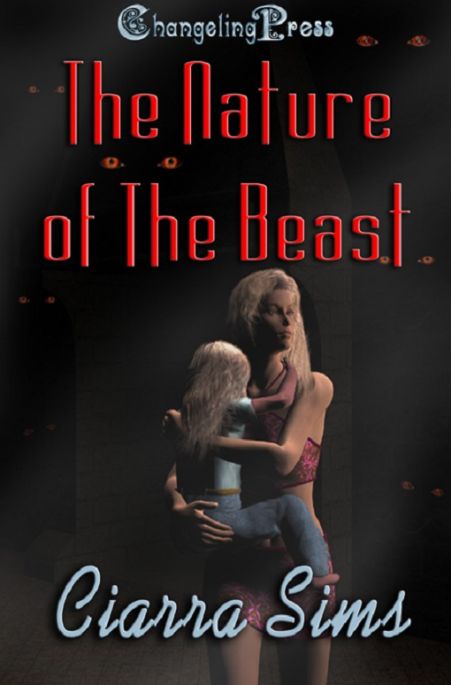 Demons from Hell are loose and among us. They shapeshift into handsome, virile forms and like everyone else they look for the perfect mate. But happily ever after isn’t in their criteria. Some unlucky woman will meet her Mr. Right and never guess the horror she’ll bear until it’s too late. But it doesn’t stop with demon spawn. Far worse, the women live through the nightmare only to find themselves raising little devils until the fathers come back to take them all to Hell. And they don’t take no for an answer.

A retreat in the forest becomes the battleground of good versus evil where there are no winners. Children born of darkness will spread through the world with strange powers and abilities, their purpose as shadowy as the woods where they were conceived. One child, born of love, holds the key. Her parents will go to Hell and back to save her from the demons that demand her blood.

Carol turned on her side, settling in for a long night. She breathed deep and was about to exhale when the sound of scrabbling on the roof made her shoot upright. Rolling out of bed she padded to the door and hit the cabin’s lights.

Bea was sitting up on her cot, her single wool blanket grasped in tight fists. “What the hell was that?”

The light in the cabin made Carol feel foolish. “Probably raccoons on the roof. I just couldn’t sleep.”

Bea rubbed her eyes. “We have to be up in a few hours. This is going to be a bad week, I can feel it in my bones.”

Carol managed a smile. “I guess sleeping out in the woods will cure us of this silly jumpiness.”

Carol would ordinarily have laughed at the sardonically spoken words except somehow they didn’t seem so funny out here in the middle of nowhere. She turned off the lights, determined to brave it out when a creak on the porch made her wince. “That is no raccoon.”

A movement at the window made her gasp. Was it a bear? A face appeared and Carol almost screamed. When she recognized Alan, she breathed a sigh of relief. “It’s Alan, the camp instructor. I’ll go see what he wants.” Carol was glad to see someone who could lay her fears to rest.

The flannel P.J’s she wore were no threat to her modesty so she had no qualms about stepping out on the porch. She looked to where she’d seen Alan at the window but there was no one there. The short porch was empty.

“Alan?” Carol whispered. “Alan, where are you?”

A sound in the brush to her right made her think twice about leaving the porch. She sensed someone behind her and swung around. A shadow retreated off the porch, disappearing over the railing. A shadow with no human form to cast it.

Carol shivered. This was not funny! If the company thought this was a way to test their employees’ mettle, they’d have to come up with another plan. Carol wasn’t about to go into hysterics over some urban legend scenario set up by the camp. She backed to the cabin door, turning around quickly to twist the knob. A hand grabbed her shoulder, spinning her around.

Carol squealed as Alan’s tan face looked down at her.

“Carol? What are you doing out here? You do know you have to be up in a few hours? This isn’t going to be easy for any of you, believe me.”

Carol could only stare, blank-faced, her heart pounding. “That’s not funny!”

“Sneaking up on the cabin then hiding. You may get your kicks this way, but we’re not silly girls to scare into peeing our pants over some creaky noises.”

“What are you talking about? I saw your cabin light on and came to see if everything was okay. My cabin is across the meadow. It took me some time to get here.”

“Yeah sure. I saw you at the window then on the porch. Shadows don’t lie.”

Carol didn’t like his tone. She thought he was rather nice on her arrival at the camp, but now he was acting like a jerk. It was one thing to pull a stunt then enjoy a laugh over it, but to keep denying it was juvenile.

She backed toward the door. Alan’s hand came up, touching her cheek. “It’s okay, Carol. You’re in my group for the week and I won’t let anything happen to you. Scout’s honor.” He smiled at his lame-ass joke and Carol fought to keep from responding. He was darned cute and in this wilderness, it didn’t hurt to have a friend. She leaned into his hand as it cupped her jaw line.

She swore he was going to kiss her when the door swung open and Bea’s pale face emerged. “Everything okay out here, Carol?”

“You’d better get some sleep,” Alan murmured. “Both of you. Rise and shine at oh-five-hundred for a brief orientation, then we pick up supplies and hit the woods. Janice hates slackers and will ride them the hardest of all. Just a tip from someone who has butted heads with her on more than one occasion. So get some shut-eye. That’s an order from your camp master. You’re under my thumb from now on and the only thing that will save you from the worst week of your life is me. So, my fair damsels, I’ll see you in a few hours. Night.”

Carol wasn’t sure if his tone was kidding or not. Bea was looking at her strangely. Carol shrugged. “What?”

“You and he… Maybe it’s my gambler’s instinct but I see you two having a wild, animalistic time in the forest. Just my luck, I get Hershey bars while you get a hunky man to warm your blood. The story of my life.”

Carol smiled. “Come on. I’m not sure at this point if a Hershey bar wouldn’t be the wisest choice. Something about our camp master gives me the willies.” As they went inside the cabin Carol knew who she’d seen at the window, just as she knew the shadow on the porch had been real. Just what was up with this Alan fellow?

or Pre-Order for May 24th at Online Retailers

Find more titles from Ciarra Sims at Changeling Press…
Ciarra Sims is one of the quiet ones you have to watch out for. She lives a plain and simple life in Southern California with her pets, and tries to stay out of trouble. Her writing may be comedic or scary, depending on her mood… or it may sway toward a Regency or even a western… whatever tickles her fancy at the time. Ciarra’s writing philosophy is: “Not to fall into a rut. Keep the reader and yourself wondering, ‘What’s next?'”