A simple arrangement – he’ll pay her rent in exchange for
sanctuary and blood. But Gail wants more…… 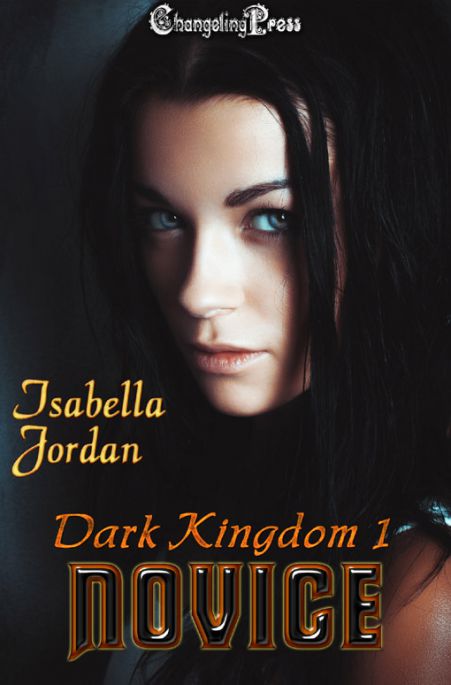 When Gail Kimball lost her lying, cheating bastard of an ex-boyfriend she thought she’d lose everything. On her own and working as a waitress, she can’t seem to make ends meet, let alone get ahead.

Drew offers Gail a simple arrangement. He’ll pay her rent for the use of her apartment and an occasional taste of her blood. That’s all he’s asking. But the ancient vampire is all kinds of sexy, claiming her with such finesse, she’s left a needy mess. Gail wants more every time.

But Drew’s enemies are coming for him. Will Drew see Gail as a liability, or is his little novice lover too precious to let go?

Gail Kimball grabbed one of the laminated menus she’d just wiped down and approached the table where the man who’d just entered the diner sat. With his back to her, he faced the windows, maybe watching the storm rage outside. Rain pelted the window and the wind howled. Lightning flashes added to the eerie effect the late-night storm had on the interior of the room.

It was only a few minutes until closing time and Gail approached with a smile, hoping he would be her last customer of the day.

“Hi, how are you?” she asked, gently placing the menu in front of him. “I’m Gail. I’ll be your server tonight.”

“Will you?” The man turned his attention on her now, smiling.

The sheer beauty of him — honestly, there was no other word for it — took her off guard. His sandy blond hair, cropped short and wet from the rain, made her want to run her fingers through the silky strands. Deep green eyes framed with thick, dark lashes set off a male face that was perfect in its symmetry, all hard lines and angles. He was really fair, like he never went out in the sun. But his lips were sexy and a dimple at his left cheek flashed as his gaze met hers.

Yeah, he probably had women staring at him a lot, just like she was doing now. Mentally shaking herself, Gail reminded herself that the faster she waited on him, the faster she could get home.

“I will.” Since she’d already been staring at him, she did let her gaze swiftly drift over the black jacket and tight, rain-spattered jeans he wore. He was all long, muscular limbs. “Can I get you some coffee to start with?”

“Hmmm.” Giving the menu the quickest glance, his gaze was back on her. “Something warm would be so good on a night like this, wouldn’t it?”

Gail nodded, trying not to stare but he was looking at her so intently. It was unnerving.

There it was. Now he was staring at her eye. The makeup could only cover so much, she knew. Still, it was the most visible evidence of the beating her ex had given her. She was just grateful it hadn’t been worse.

Gone was his teasing expression as he stared at her face.

“I could get you some hot chocolate,” Gail offered, trying to stay on topic. “I think we even have some fresh marshmallows to go with it if you like.”

“Who struck you?” he asked quietly.

Gail shrugged, trying to downplay it. Most people would be too uncomfortable to even ask. If he’d asked in a different tone, it might have even pissed her off. Somehow that wasn’t the reaction he drew from her.

“It was just an accident,” Gail explained. “No big deal. So, how about that hot chocolate? You have a sweet tooth?”

“Sweet tooth?” The man chuckled at that, his concentration on her injury broken. “I guess you could say I do.”

Flagrantly, his gaze raked over her in a way that made her want to run for the kitchen — or into his arms. Like she needed that. She needed another man in her life like she needed a hole in the head. Even if he was as devilishly handsome as the man sitting before her.

“You know, Gail, I think I’ll have that hot chocolate.”

“With the marshmallows?” she asked.

His grin widened. “Give me everything you have.”

Isabella Jordan is the alter ego of an otherwise stressed out web designer, programmer, and internet junkie. When she’s not trying to perfect her own personal caffeine IV drip, she enjoys spending time with her family, doing volunteer work, and writing. She loves creating new stories of all kinds and chatting with readers and friends.
More books by Isabella Jordan