One wolf who’s lost everything. One kitty who doesn’t play well with others.
One hell of a team. 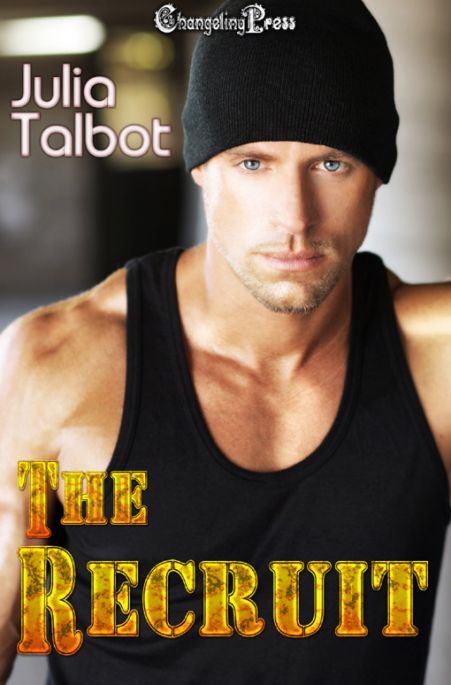 When Alpha Ops team leader Tuck’s last mission goes terribly wrong, he and his team are put on hiatus until they can get their proverbial stuff together. His guys are starting to get restless, and a bear shifter, a couple of predatory birds, and a fox can be pretty impatient when they’re bored. When their benefactor decides a new team member will be their salvation, Tuck has no choice but to accept.

Jayden isn’t interested in working with a team who really wants nothing more than to kick his butt. As a cougar shifter, he’s perfectly happy to work alone. So why does Tuck make him want to stay? The two of them have to find a way to work out their issues, or the team may never get another job. Good thing they have enough attraction to keep them going, even when everything else is going off the tracks.

Jayden Fell bounced as he waited for his contact. He was so fucking bored. So bored. He needed to do something, anything that was fun and exciting and… Look at that. That was a pretty man. Lupine, he’d bet, bitchy, but pretty. Fuckable.

The guy was moving slow, looking around. Cautious.

Whoa. Looking for him, he’d bet.

Jayden wondered how long it would take. He could tell the moment the man scented him. That big body vibrated with awareness. “Come out, come out, wherever you are.” He chuckled softly, his ears twitching. Not yet. This was too much fun.

The guy turned in a circle, frowning. “Look, I’m supposed to meet a contact here, but a member of my team died last time out, so I’m a little twitchy. Show yourself before I start shooting shadows.”

“That sucks. I mean, you can shoot at me, but that wouldn’t be very friendly.”

“I’m not feeling friendly.” Listen to that growl.

“Goodie.” Jayden didn’t need this shit. He wasn’t a fucking applicant. He was supposed to have this contract already.

“Where the hell are you?” The man turned and looked right at his hiding spot.

“Are you blind or am I that good?” He slid out of the shadows, letting himself be seen.
That got him an even deeper scowl. “Just give me whatever information I’m supposed to get from you.”

He let one eyebrow lift. “Obviously we’re waiting for the same thing, then. Information.”

“That’s me.” Tucker drew up, still frowning. “Who the fuck are you?”

“Obviously in the wrong place at the wrong time.” Time to hasta. Jayden wasn’t sure what had gone wrong, but it sure had.

“Hands off, pup.” He growled softly, giving a clear warning. “I don’t need to be fucked with.”

“Then tell me what the hell you were told. I can’t leave without whatever you were supposed to give me.” The voice was more wolf than man now.

“I was told my team leader was picking me up for training with a new team. Nothing more.”

“Team leader…” Tuck went ice cold. He pulled out a phone, punching numbers furiously. Yeah. Time to get the hell out of Dodge. Whatever this was, he didn’t need some FUBAR shit.

“Yeah. No. Get me Daniel, you fucking lying cat.” Tuck was snarling, but watching him hard.

“I’m out of here. Obviously, someone’s wires are crossed.”

“No.” The word shot out like a bullet. “You wait. If you’re on a team it’s mine, so you follow my orders anyway.”

“If your boss doesn’t trust you enough to tell you he hired a new guy, I’m out.” A team was only as strong as the lead.

“Did you not hear me?” The wolf was in his path in a heartbeat, still holding the phone to his ear. “You’re not going anywhere until I get to the bottom of this.”

One hand landed on his chest when he made to pass by. The touch was like grabbing an electric fence. He blinked up, stunned into stillness. What the actual fuck?

Those golden-brown eyes flashed at him, surprise plain, but then someone came on the line of the phone Tuck held. “What the fuck? Sending me a new team member and having Lucien lie?”

The heavy brow lowered, and then his teeth bared. “I won’t do this bullshit. This isn’t how this works. If I can’t trust you… if Lucien’s being fed shit intel…”

Someone talked for a good long while on the other end, making the Tuck guy look like he was going to explode. “Then just send the right information from now on. Jesus. I take it this means we’re back in the field?”

Oh no. Nope. No way. He wasn’t going to be whatever this was. No way. He felt like he was a pawn, somehow. Jayden didn’t like that feeling. Too often it made for bullet holes in flesh.

“Fill Lucien in on the real sit-rep, please? Assholes.” Tuck hung up, then stared at him. “New team member. Christ.”

“Apparently not. No harm no foul, man. I got no intel on you, and you got none on me. We’re solid.” Why would someone put him where he wasn’t wanted?

“No.” Tuck blocked his escape again. “My team doesn’t run in the field without you, and I’m not letting them down. Get your ass moving.”

Jayden let one eyebrow lift, let himself sink into pure D insubordination. “No.”

Julia Talbot lives in the great Southwest, where she’s embraced hot and cold running rodeo, cowboys, and everything from meat and potatoes to the best Tex-Mex. A full time author, Julia has been published by Torquere Press, Ellora’s Cave, and Changeling Press. She believes that everyone deserves a happy ending, so she writes about love without limits, where boys love boys, girls love girls, and boys and girls get together to get wild, especially when her crazy paranormal characters are involved.