A psychic vampire, werewolf, foxgod – and a mother-in-law?
How can they make time for anything else? 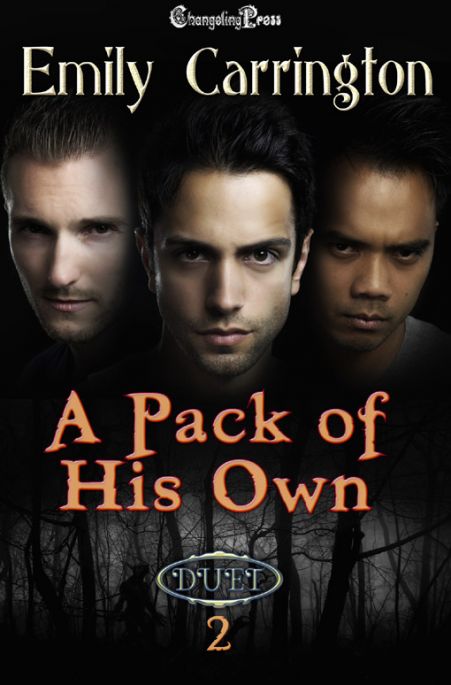 A psychic vampire, werewolf, foxgod – and a mother-in-law? How can they make time for anything else?

Tangled Up in You: Retired SearchLight agent Jason Campbell finds himself compelled by a fox demigod who gets to him through the magical medium of music. As Jason falls deeply in love with Reynard, he discovers Reynard is slave to a monster. Jason struggles to free both Reynard and the fox-god’s son, but he must do so without weapons, without backup, and without all the facts, which could lead to death’s retirement.

A Very Psychic Vampire Christmas: Charlie and Luis, A werewolf and a psychic vampire, have been mated for two years according to werewolf custom. They’re planning to get married, to comply with psychic vampire tradition, as well. Unfortunately, the psychic vampire matriarch wants her son to stay away from his werewolf lover — and she’ll stop at nothing to break them up.

Pre-Order for November 16th at Amazon, B&N, iTunes, and Kobo

All rights reserved.
Copyright ©2018 Emily Carrington
Excerpt from Tangled Up in You

As commanded, Jason Campbell skipped through the wild flowers that divided his sister’s wheat field from the dirt lane.

He walked. Neither shambling nor plodding, he walked. And although he had been ordered to “go skip in the daises” by his sister, he was only obeying because he wanted to be out of the house. He’d been in Kansas less than three hours, and he already wanted to run back to DC.

But nothing awaited him in Washington. The nation’s capital held nothing for him now that he’d been let go.

Jason stopped, head tilting as he caught the ringing, mournful sound of an acoustic guitar being strummed. He discounted it and kept walking. Any idiot could make the guitar sound what Jason called “surface beautiful,” meaning technically perfect but without a soul. It was a welcoming instrument, almost as easy as a child’s recorder and much more pleasant.

He stopped again, and he felt a slow smile stretch his mouth. The guitarist was plucking the instrument and making music. True and compelling runs of notes, like water over a fall. Jason nodded to the melody carried on the galloping accompaniment. He knew this one, and he began to sing softly.

“Papa, Papa, build me a boat
“That I might on the ocean float.
“To hail all ships as they pass by
“And to enquire for my darling boy.”

It was a griever’s song, full of loss and providing no promise of comfort. Jason loved it and would have, he told himself, even if he hadn’t been smarting from forced retirement.

He left the band of wildflowers and walked beside the dirt lane where only the occasional tractor passed. He would be trespassing in the neighbor’s field by following the music, but he had a hope that trespassing wasn’t as strictly watched and enforced here as in DC.

The melody rang over the broken chords, and the second verse flitted through Jason’s mind. He didn’t sing. It seemed blasphemous to cover the guitar’s voice with his own.

As we were out on the Eastern Isle
We lost four men
And your darling boy.

He entered another field of wheat, passing between the rows like a ghost, unseen and leaving little to no trace of his travels. Children of the Corn. He smirked briefly before letting it fall away. Child of the wheat is more to the point, but who ever heard of a horror story with that title? There were things that lived in corn fields. And wheat fields. Hungry things that called for human blood and were often sustained on birds and bugs while waiting for weary travelers.

Jason had killed some of them.

He shrugged the memories away and fixed his gaze on the single grain silo that lifted its head above the drowsy August world. There was a farmhouse beyond the structure but a good distance off, leaving the gray and cylindrical exclamation point all but alone.
The music seemed to be coming from the tower’s top. And impossible as that surely was — grain silos were places of storage, not sitting — Jason shielded his eyes and squinted, looking up for the first glimpse of the player.

“I’m too far away,” he whispered as the music left off “The Sailor Lad” and went into a skipping tangle of notes he didn’t recognize. “I can’t possibly see him. Or her.”

Still he peered, and much sooner than he would have thought, he’d reached the base of the grain silo. There was a broken ladder on its side, a rusted thing that hung in defiance of the building’s otherwise well-tended look.

He began circling the massive cylinder, searching for another way up. Because the music was definitely coming from above him, and he needed to find the guitarist. He needed to.

And while he sought, the laughing melody went on.

“Go away, go away,” he chanted against the plucking of his right hand. “Go away, go,” he muttered as his left hand found chord after chord and changed, without Reynard’s conscious desire, to another depressing ballad. This one was without words, and Reynard hated the silence left when he quit speaking.

He purposely changed the music and, unable to keep away from the mildly dirge-like, began making up one of his own.

That wasn’t half bad, and Reynard went on:

But the gnat — the man — was now prodding at the ladder below. If he kept doing that, he would discover the silo’s secret. Then there would be little Reynard could do to keep him away. To keep him safe.

He bent a touch more magic into the song, hoping it would affect the man as his first attempt with small magic had not. And he sang.

For an instant, this seemed to work. The man hesitated with his hands not quite resting on the invisible rungs of the ladder that only looked rusted.

Then he began to climb.

He did it fast, as if he was afraid he’d rethink his actions. Or maybe, Reynard decided when he caught a glimpse of the man’s briefly upturned face, as if he had climbed invisible ladders before. The act might be completely commonplace.

What sort of man is this? Reynard stepped back from his window as the stranger neared. Why isn’t he affected by my music, by my magic? A frisson of excitement rushed to the ends of all his fingers and curled his toes. There had never been a mere mortal able to resist him. Who was this man?

Maybe he isn’t a mere mortal human. But when Reynard had sent out his magic to stop the stranger, he had felt no answering magic. The immune newcomer was as mundane as sliced bread.

He allowed himself a brief smile as the memory of his childhood, years without sliced bread, years of loaves never precut, flitted through his mind. He’d lived long enough to see something that had once seemed ostentatious become common. This man, too, might become the accepted thing.

But not now, he thought, as the stranger climbed through the window and stood in the same room with Reynard in spite of the “go away” melody. Now he is a miracle.

Reynard bowed, not wondering at his sudden desire to be formal. “Welcome.” That sounded as if he’d expected the man. “You are a surprise.” That sounded rude. Quit analyzing your words and say something that is truly you. “You are welcome here, miraculous stranger.” That at least seemed like him, even if it remained overly formal.

The average-looking man returned his bow. “Thank you. I am Jason Campbell.”

Weren’t names a thing of power? Yes, but this man seemed unafraid of that.