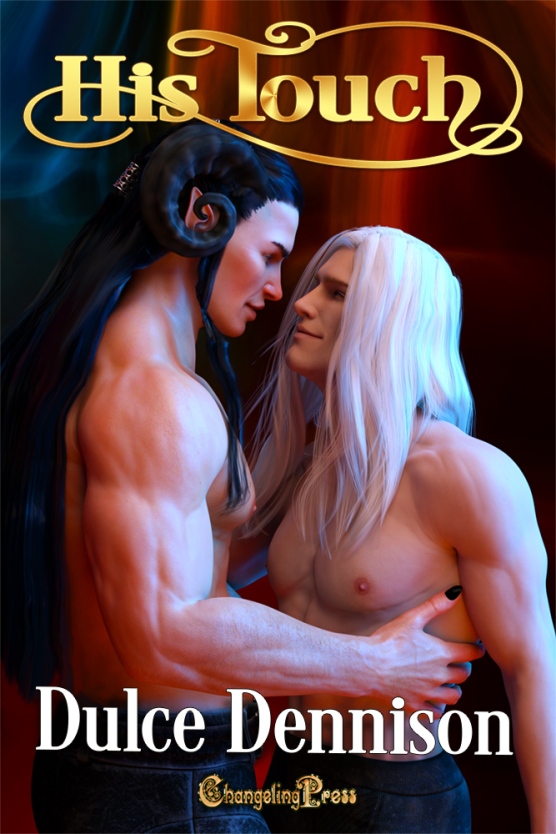 Pyk has never fit in with the light fae, no matter how hard he’s tried to conform to the ways of his people. He craves things, dark things, that no light fae should ever even think about, much less desire. At four hundred years old, he should have figured things out, not felt conflicted and like he didn’t belong. Until the day the dark forest calls to him… Lured into the shadows, Pyk never thought he’d find his destiny in the forbidden territory, the place all light fae feared.

Prince Llewellyn was banished from his home long ago, his deformities too much for even the dark fae to handle. He’s lived in isolation for around five thousand years, the stories of the monstrous fae prince nothing more than fodder for nightmares and to scare children into obedience. But Llewellyn lives, and he’s lonely. When a light fae comes to him, Llewellyn demands Pyk bow and submit. He’d only meant to keep him long enough to ease the ache of being alone. Llewellyn never counted on falling in love.

When others want Pyk, want to destroy him and use him to start a war with the light fae, Llewellyn knows he must do everything he can to protect the male he’s claimed as his mate, even if it means going home. Now that he’s found the perfect fae to give in to his dark desires, he’s not letting him go. 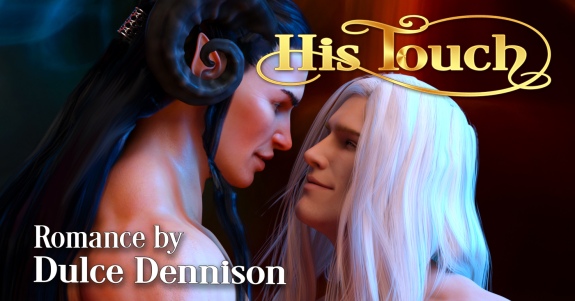 With an overactive imagination and a penchant for making up stories, was it any wonder Dulce Dennison decided to be an author? From cowboys to shapeshifters, she has a story for them all, but her passion lies in writing m/m fantasy romances. Dulce believes in love in all shapes and sizes, and that everyone deserves a happily-ever-after — even grumpy bear shifters.

Married since 2000 to a man she isn’t sure is quite human, her husband and children (which she fondly calls the demon spawn) keep her busy, but never too busy to write. Is there such a thing as too busy to write? Most mornings you can find Dulce set up with her laptop, a cat curled up next to her, and a steaming cup of coffee just an arm’s reach away.

Dulce loves to hear from her readers! You can find her on Amazon, her Blog, Facebook or Twitter