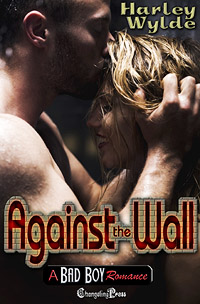 Handyman and heartbreaker. I’m damn good at my job. While my hands have been occupied building a deck for the delectable Madlyn Sparks, what I’ve really wanted to do was trace every one of her curves with my tongue. I bet with just one touch she’d go up in flames. My dick’s been harder than a damn post since I took this job, but I learned the hard way not to fuck myself out of a paycheck. But once this job is done, all bets are off.

Grady has done a fantastic job on the deck, but I didn’t really hire him for his carpentry skills. The man is fine as hell and I’ve wanted to take him for a ride ever since I saw him on my doorstep. Never in my wildest dreams did I think getting attacked would bring us closer together. He went from hunky handyman to overprotective bodyguard in an instant, and now that we’re living under the same roof, I just can’t keep my hands off him. Just one problem… now that I’ve had him, I never want to let him go.

Get it Today from:

Harley’s other half would probably say those words describe her, but they also describe her books. When Harley is writing, her motto is the hotter the better. Off the charts sex, commanding men, and the women who can’t deny them. If you want men who talk dirty, are sexy as hell, and take what they want, then you’ve come to the right place.

When Harley isn’t writing, she’s thinking up naughty things to do to her husband, drinking copious amounts of Starbucks, and reading. She loves to read and devours a book a day, sometimes more.

You can find Harley online at harleywylde.com.