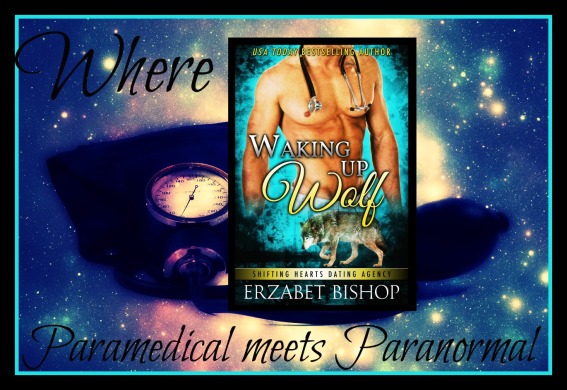 Joanie’s dream has always been to give something back. Shubert, the kitty cat love of her life was her first rescue, and she was bound and determined to make volunteering at the Saving Furry Lives Shelter part of her reality. Joanie rescues a wolf pup and it bites her, setting off a chain of events she doesn’t anticipate. Appearances can be deceiving and some bites are much worse than their bark.

Dr. Royce Buchanan is a doctor tired of the dating scene. While the women he’s met through Shifting Hearts Dating Agency are lovely, he wants a mate to settle down with. So far all he’s found are a lot of clingy women with doctor fixations. He’s been burned one too many times before and prefers to get his kink on at Ventures, a local BDSM club catering to shifters. But when an injured woman shows up in his emergency room and his wolf goes on high alert, his safe world is about to go up in flames. Someone is gunning for shifters and to keep this new wolf safe, Royce might have to break his own cardinal rule and get involved, even if it could cost him his heart.