As as writer, I’m often asked if I read the same types of books I write. Well, I write a lot of different romance genres: paranormal, sci-fi, historical, cowboys, m/m, and young adult. Not all under this name though. I have several pen names, each specializing in a different sub-genre of romance. So to answer the question “do you read what you write?”, the answer is yes. I read paranormal romances, sci-fi romances, historical romance, contemporary and historical cowboys, some m/m romances, and, lately, I’ve been devouring every young adult romance Melanie Marks has written. But I also read some genres I don’t write, like mystery and horror. It really just depends on my mood, but 99% of the time you’ll catch me with a romance novel in my hands.

So, I’d like to take a moment to highlight just a few of the books I’ve read in the past month. Maybe you’ll see something you like and discover a new (to you) author 🙂

Ruby is falling hard for her best friend, Zack. Unfortunately, her ex-friend, Jade, is craving him too. And Jade always gets what she wants. Always. Well anyway, usually. But things aren’t exactly going as “usual” these days. Not since the hot new boy, Hudson, has shown up at Jefferson High School. Hudson with his dreamy blue eyes—that don’t even look at Jade. (Ha!) They seem to always be on Ruby. Hmmm. What’s up with that??? 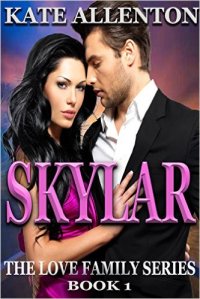 Shop owner Skylar Love and her family have lived on the same island her ancestors discovered several centuries ago. Her life isn’t perfect, but it’s hers. After dumping her lying, cheating boyfriend, she isn’t surprised when her brother tries to bribe their best friend to take her out on a pity date. When she finally agrees, her life turns on a dime.

With plans to build a lab on the Island and move back home, he finally talks her into a date. When the date goes south and someone tries to kill them both, winning her heart takes a backseat to keeping them both alive while they figure out the mystery of who’s behind the threat. Her gift of seeing colored energy is the only way to keep them alive, and she’ll risk more than her heart to keep the people she loves safe. She’ll risk her life.

Brock “The Rock” Carter has had one serious relationship in the whole of his adult life but she did something unforgivable.
The tattoo on the inside of his forearm marks the date.
The other date tattooed on his arm is in memory of his loss from a year earlier.
Now all he does is what he’s done since he was thirteen… hitting on girls for what he can get out of them.
With the scars of the past his soul searches for a family connection.
A connection that goes deeper than that of his brotherhood of fighters.
A brotherhood that could be torn apart when love crosses the line and others try to manipulate those involved in the messy love triangle.
With a showgirl mother and a player for a father who has his own sordid secrets, will Lizzie give Brock what they have missing in their life? Can she? Will she be allowed to?
This is a fight they both need to win. A fight bigger than the one Brock has to face with his best friend Jake. 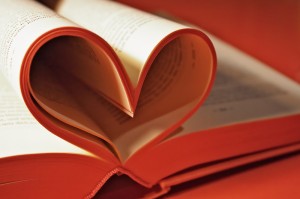 As you can see, my reading is about as all over the place as my writing. Although, I’ve been focused on sci-fi and bikers lately (for my writing). I enjoy reading the young adult romances because it reminds me what it’s like to be innocent and see the world in a different way. Sometimes it’s nice to revisit my teen years by diving between the pages of a book and remember what it was like the first time I had a crush on a boy (although, to be fair, I was 4 and in pre-K… his name was Mikey and I thought he was the cutest boy I’d ever seen — and I continued to think that until he moved away in the 4th grade). So, when life decides it’s time to shake things up and I end up feeling like I’ve been run over, it’s nice to take a trip back in time, even if it only lasts as long as it takes me to read a book.

What do you enjoy reading? If you have a favorite genre, what do you love about it? Do you have a go-to book when you need a pick-me-up?