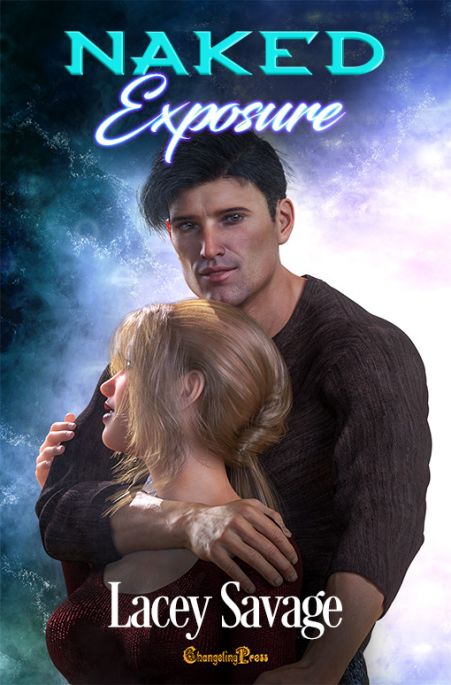 A picture is worth a thousand words…

The moment the picture hits the newsstands, it quickly becomes the only thing anyone can talk about. Greg knows his career is ruined. Why couldn’t the paparazzi have photographed him changing from his human form into his wolf shape? At least he could have tried to explain that astonishing scenario away as a digital enhancement.

Naturally, whoever took the picture has to pay.

When Greg and Deidre finally come face-to-face, he’s ready to exact revenge. And nothing short of Deidre’s complete submission will satisfy him…

“The night’s a bust, Tammy. I followed Greg to Eagle Rock but he wasn’t heading to a club. He parked on a side street.” Deidre Laxon nestled her cell phone in the crook of her shoulder and squinted up at the street sign above her head. “Just off Colorado Boulevard.”

“And then what?” Tammy Northfall didn’t bother to hide her impatience.

Wisely, Deidre ignored her boss’s frustration. An argument with Tammy always ended with Deidre running around Hollywood until the crack of dawn, hoping for a lucky shot of a celebrity picking his nose.

“Then he walked a couple of blocks and disappeared up a steep driveway leading to a private home,” Deidre said, though home was a massive understatement.

The place was a palace. One of those ten-million-dollar mansions the rich-and-famous were so damned proud of. And just like the typical celebrity abode, this one was surrounded by thick walls and neatly spaced security cameras that rotated at regular intervals without so much as a rasp of noise. A veritable fortress, meant to keep unwelcome intruders — like her — out.

“I don’t care what you have to do.” Tammy’s voice rose in a high-pitched whine. “If I have to plaster one more shot of a happy, newly-engaged couple on the front page of Voyeur, I’m going to scream. It’s your job to get me the pictures that sell magazines. I want photos of pantyless starlets or stark-raving-drunk Oscar winners. I want illicit liaisons and full-frontal nudity. The hotter and harder to explain, the better. And Deidre? I want them on my desk first thing tomorrow morning.”

Before Deidre could reply, the telltale click of a disconnected line snapped in her ear. With a sigh, Deidre flipped her cell phone closed and shoved it in her tiny backpack, then slung the leather satchel over her shoulder. Her hand automatically went to the digital camera she carried on a strap looped around her neck.

Most people displayed their tools of the trade proudly, whether they knew it or not. Businessmen had their laptops and Blackberries. Plumbers had their wrenches and tool belts. Cops had their guns.

Deidre’s weapon was just as deadly, but it didn’t require a permit to carry. With the press of a button, she could capture a moment in time, forever immortalizing a celebrity’s lapse in judgment that would end up splattered all over the tabloids the next morning.

She held no illusions about what she did for a living. People hated her. She’d been cursed at, yelled at, kicked, spit on, punched and sued. Yet every photograph she took brought her one step closer to her goal of one day leaving the lifestyle of the filthy rich behind in order to join the ranks of the gainfully self-employed.

“Just a few more,” Deidre reminded herself as she set off in the direction in which Greg had disappeared only minutes earlier. Another dozen shots of minor starlets making fools of themselves should do it. Those were always a staple of the tabloid business. People embarrassed themselves on a fairly regular basis. On average, she could count on at least one of those mortifying shots a month.

But she didn’t think she could last another year hiding behind trash bins and sneaking up on people. Last week, she’d followed a newly divorced dad on a play date with his twins. She’d never felt more like an intruder than she had as she’d trailed them, ducking behind swing sets and snapping off pictures of the family eating hot dogs, the kids’ faces glistening with fresh tears.

Those photographs had fetched a good-sized paycheck. She’d swallowed her guilt and cashed it, knowing she wouldn’t have to do this for much longer.

There was no way she’d make it through another twelve months. That’s why she’d begun choosing more famous targets. The better known the celebrity, the higher the paycheck. But people weren’t interested in smiles and waves. They wanted dirt. Real, genuine dirt.

Tonight, Greg Radigan was her ticket off the streets.