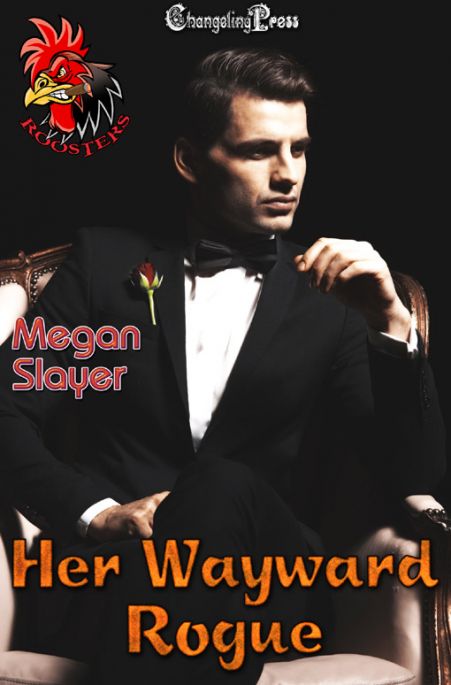 Sometimes finding your place means going back to where it all started.

Jaxon Jordan left the safety of the Jordan family to find himself. College, spreading his wings, and figuring out who he wanted to be were high on his list until one very bad night. When he witnesses his friend’s murder, his perspectives change. He has to go home to heal and be with the people who matter — his brothers and his girl, Emily.

Emily Wilson loved Jax once, but he left. She remained in her position working for the family. Part of her wants to open her heart to Jax again, but the rest of her yearns to stay guarded. One look at the man she craved reignites the passion she thought was gone.

Can love strike twice? If you’re a Jordan, anything’s possible.

Emily Wilson finished the spreadsheet and saved the document. She wasn’t fond of doing bookkeeping, but the paperwork was part of the job. All her employees’ hours were accounted for and every job had been assigned for the next week. She cracked her knuckles. She’d worked for the Jordan family for ten years, mowing lawns, tending to the gardens and creating the floral arrangements for the house. She still wasn’t sure if the family appreciated her efforts around the mansion. Dash liked her, and Christy treated her like a sister, but they were only two people among the many.

“Em?” Carter strolled into her office. Grass marred the worker’s shirt. “We can’t mow by the reflecting pool because the ground is too soft. We’ll end up rutting the turf.”
“Fair enough.” She wasn’t happy, but they’d had so much rain in the last few days, nothing would be fit to mow. “Otherwise?”

“You should go. You spend too much time here.” Carter frowned. “Are you waiting for someone?”

“No.” What was he talking about? “You do realize I live in the servants’ quarters.” She didn’t advertise she lived there, but it wasn’t a secret.

“Know what?” She folded her arms. “Carter, you said I should go, and it’s late. Spit it out or keep it quiet, I don’t care.”

“Huh?” Jax? No. He couldn’t be. He’d moved to God only knew where to find himself. He wouldn’t come back to Shaker. Other than his family, he had no ties. “Are you sure?”

“Positive. I saw him and was introduced to him.” Carter shrugged again.

“Huh.” She hadn’t expected him, but if he wanted to come home… fine. “With a girl?” That was none of her business, but she had to know.

“Dash gets upset more often than not.” She sighed. “But Jax being home is his prerogative. Is that why you thought I’d leave? This is my job. I’m not letting him decide to fire me.” So he was back. So he’d probably opt to get involved with the family. So what?

“Everyone knows you and Jax were… close.” Carter blushed. “The rumor was he’d gotten you pregnant. It wasn’t a secret. One guy said he had pictures.”

“Christ.” Everyone knew the rumor, and she didn’t doubt someone had photographic proof of their relationship. “It was just a rumor.” She thanked God she was sitting down, or her legs would’ve given out. She couldn’t handle this.

“Right. You wouldn’t have gone pale if it was nothing.”

“You don’t care? What if there’s a girl coming later?”

“Then that’s on him.” She shrugged to hide her concern. A girl. Of course he’d have a girl. Jax, like every other Jordan, was handsome.

“Keep telling yourself you’re fine and maybe it’ll come true, but I doubt it.” Carter shook his head. “See you tomorrow.”

“Bye, and thank you.” She waited until Carter closed the door to sigh. Jax had returned. She had no choice but to face him eventually. Maybe he’d ignore her and forget she existed. Maybe his girlfriend was indeed following later and Emily wouldn’t have to worry about him. She couldn’t concern herself with a man in a relationship. She held on to those thoughts because she had nothing better.

Her heart belonged to Jax. He’d been her first love, first kiss… first time. He’d taken her to prom and been her partner in crime. Where everyone else saw her as the gardener’s daughter, Jax saw her as a person. She wasn’t a charity case in his eyes. According to his mother, Emily was nothing more than something to pass Jax’s time, and he’d done her a favor by taking Emily to the big dance. She knew better. She also knew Jax. He had a wandering soul. Why would he come back to the family compound when he could explore the country?

But he had come home.

For how long, she wasn’t sure.

More from Megan at Changeling Press…