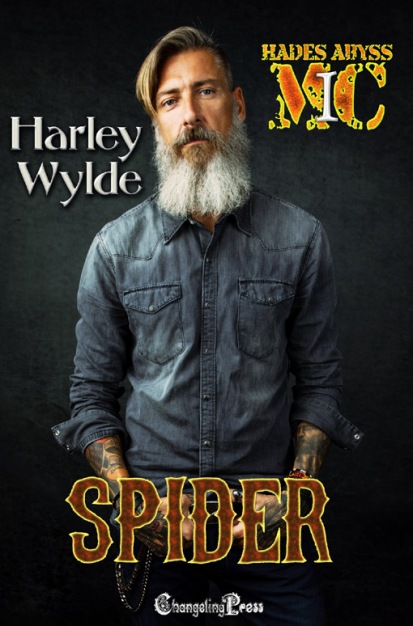 Luciana — All I’ve known is pain and suffering at the hands of men — even from my father, a man who was supposed to love and protect me. I’ve survived, nothing less and nothing more. When I’m dropped off with a club of bikers, I figure it’s more of the same. I’ll do as I’m told, make sure I please them, and hope one day I’ll find a way to escape. There is only one thing that could ever break me, and I’m scared of what will happen when the club learns my secret. Will they return me to my father? Or will I be used to broker yet another deal?

It never occurred to me the President of Hades Abyss would be my salvation, or that I would fall in love with him. I never knew men could be honorable and kind. He’s all gruff and domineering, but under that rough exterior I can see the heart of gold he tries to hide.

Spider — Assassin Casper VanHorne, Picasso of wet work and pain in my ass, has asked my club to take in two Colombian princesses. Well, he didn’t use the term princesses, but I have no doubt they’ll be spoiled little bitches. The first time I see Luciana and her sister, I think I’ve got them pegged just right — until I look in Luciana’s eyes and see the fear she’s trying to hide. Something isn’t right. I know it deep in my gut.

I never once thought a woman nearly forty years younger than me could ever captivate me, but the more I get to know her, the more Luciana holds me spellbound. I didn’t want to fall in love, didn’t want a woman in my life… but sometimes the Fates know better than a mere mortal man, and Luciana is exactly what I need. When her father demands her return, I vow to keep her safe. No fucking way I’ll let the sick bastards who hurt her get their hands on her again. Now that she’s mine, I’ll march into hell if need be in order to keep her by my side.

WARNING: This book contains bad language, graphic sex, violence, a heroine who has been physically and sexually abused, and an alpha male who will get vengeance at any cost.

“They say anything on the way here?” I asked.

“No. The younger one cried a lot. I’ve never questioned the club, or you, Pres, but this doesn’t feel right.”

“Something is strange with this deal for sure, but I don’t know what just yet. In the meantime, treat the girls like guests. Not like club whores. Spread the word to the other Prospects too. These two aren’t a damn thing like what I’d expected.”

He gave a quick nod, then rushed over to the SUV. Rocket led the way, and I sighed as I looked at my house. It had been a nice quiet sanctuary, and now there was a woman inside. A stranger. A girl I’d thought would be entitled and spoiled, but who seemed more scared than anything else. It made me wonder exactly what their father had told them. Or Casper for that matter. Did they have any idea why they were here?

I made my way inside and went straight to the kitchen. I shook my head as I looked at the damn fancy coffeemaker Laken had insisted on giving me this past Christmas. It had taken me weeks to figure the fucking thing out. If I hadn’t been worried about hurting her feelings, I’d have stashed it and just used my simple one with an on/off switch. Who needed all the bells and whistles on a coffeemaker? AlthoughI had to admit being able to set a timer was nice when I had a set schedule in the morning. I liked walking downstairs to a fresh pot of coffee.

I brewed a pot, then sat at the table to enjoy it. I had a feeling I might need something a lot stronger if I was going to tackle the issue of Luciana and Violeta. Had the third girl arrived at the Dixie Reapers’ compound yet? I wondered what Torch thought of all this. I could call and ask, or I could wait for Luciana and ask her myself what the fuck was going on. As fearful as Violeta seemed, and given her odd comment, it made me think things were about to go sideways with this deal.

I finished my cup and poured another. As I reclaimed my seat, Luciana came downstairs, her tread soft on the staircase. She froze in the kitchen doorway when she saw me. I waited, wondering if she’d run the other way or be brave enough to come closer. I had my answer a moment later when she came farther into the room and looked at the coffeepot with longing.

“You can have a cup. They’re in the cupboard over the coffeemaker. I don’t keep creamer, but there’s regular sugar in the canister on the counter and some milk in the fridge.”

She wordlessly walked to the coffeepot and got down a mug. She filled it, then opened the fridge and pulled out the milk, staring at it a moment. Her questioning gaze met mine. Had the kid never seen milk before? Or maybe it was the fact I had to use the watered-down shit.

“I’m an old man, darlin’. I can’t stomach whole milk anymore. Even the two percent is too rough, so I only stock one percent. If you’ll give me a list of things you need, I’ll have someone pick up a few groceries.”

She added the milk to her coffee and put the carton back in the fridge. After looking around the kitchen with confusion etched on her face, I pointed to the drawer next to the stove. She walked over and slid it open, pulling out a spoon. Luciana sat next to me and stirred her coffee.

“Guess it’s a little stressful and weird to leave your home and go somewhere new,” I said.

She just stared at her cup and didn’t say anything, but I noticed her lower lip trembled a bit.

“Your dad probably has a big mansion in Colombia. I know this place isn’t a palace, but hopefully you’ll be comfortable.”

I honestly hadn’t given a shit. Until now. The more I watched her, the more certain I became things weren’t as they seemed. That fucker! Casper hadn’t made a deal with Gomez for his own merit. He’d been trying to get these girls out of Colombia. I just didn’t know why, but I would. And soon. If shit was heading my way, I wanted to be ready.

Luciana sipped her at her coffee and still didn’t say a word. I noticed her body was tense, and her hand shook a little. The girl was scared. Was it because of being somewhere new? Leaving her only home? Or was it something else, something that would likely piss me the fuck off? I shouldn’t have offered to keep her here. Anyone else would have been a better option. Hell, the girls could have shared a room at Rocket’s place, or Luciana could have stayed with Shooter or Knox. Both were a fucking lot younger than me. Maybe she worried I’d try to take advantage? She’d likely be disgusted if I made a move on her, not that I planned on it.

“Luciana, I don’t know what you think of me, and I honestly don’t give a shit. But I can assure you that I don’t take unwilling women, so if you’re worried I’ll force myself on you while you’re here, you’d be wrong.”

She audibly swallowed, and the coffee sloshed over the rim of the mug and onto the table.

“You won’t have to force me. I know my place and what’s expected of me.”

What. The. Absolute. Fuck.

She finally met my gaze and held it for longer than a few seconds. “I’ll do as you ask. Do you want me here?” 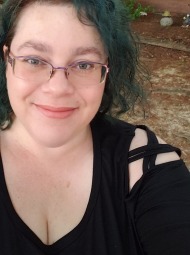