Will Vulwin and Iffear’s quest for justice and revenge
lead to war between two Fae factions? 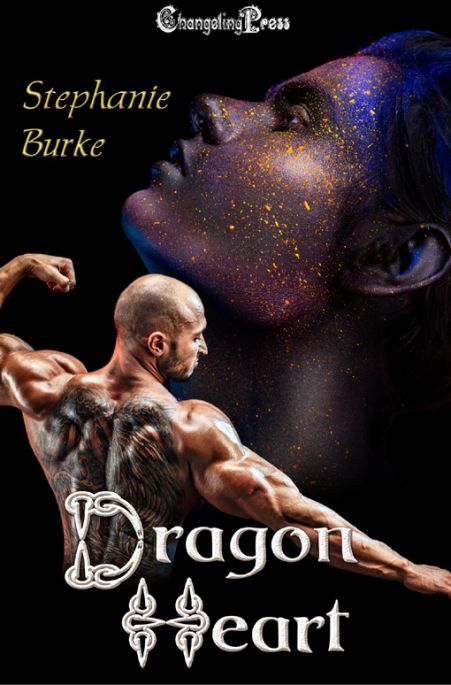 Vulwin and Iffear know who was responsible for the attempts on their lives and how these attacks were carried out; they now only need to discover why. Seeking revenge could shatter the tentative peace and reignite the war between two Fae factions, but blood spilled in hate demands justice. How far will they go to fulfill a blood oath and see the Dragon Stones laid to rest once and for all?

“I will kill them all.” Vulwin wasted no time in breaking the magic circle he had created and stumbling down the stairs to his Dragon.

Mai hustled after him, looking as incensed as a Brownie could look as she flicked her fingers at him, cleaning him up and changing his clothes into a longer black tunic as he moved.

Vulwin had several things on his mind at the moment, but first he wanted to be with his mate. He left the wooden stairs and made it to the bedroom where Chinsie still sat beside a slumbering Iffear.

“Well, the link is broken to the chain and the poison,” Mai informed him as he moved into the bathroom. There was a popping sound and a smell of fresh herbs filled the air. “But you might want to bathe him to remove the rest. I have drawn a bath of elderberry, honeysuckle, plantain, and comfrey. It should soothe his pain and pull out what is left of the poisons in his system. I’m going to burn these sheets and change the bed… and then you can tell me what that grateful soul whispered to you.”

“A name, Mai,” Vulwin spoke softly as he unwound his Dragon from the blanket that encased him as Chinsie looked on. “It gave me a name.”

Mai tilted her head to the side and considered her friend’s mate for a moment. “I am to assume that this name will cease to be?”

“You can be assured that his direct line will cease to be,” Vulwin growled, but the aggression was restricted to his voice as he tenderly cradled his Dragon in his arms. His eyes filled with love as he stared down at Iffear.

“Bathe.” Mai waved her hand toward the waiting bath. “Get out and take your romantic nonsense with you. I have work to do. Chinsie and I are going to ward this house properly now that my secret is out.”

“Iffear didn’t know?” Vulwin pulled his eyes away from his mate long enough to ask.

“He suspected, but then he left me to my privacy. He gave me a choice. He has always given me choices. He’s cool like that.”

“Yes, he is,” Vulwin agreed before turning and exiting the room, his mate in arms, and he felt powerful Brownie magic begin to cleanse the air.

He had no idea how long he sat in the tub, cradling his mate close before Iffear jerked in his arms, his eyes snapping open.

“Settle,” Vulwin purred at Iffear, hugging him tighter to his chest. “Settle, my Dragon.”

Vulwin smiled to discover not a hint of weakness in his mate’s voice. He watched, amazed, as Iffear sat up, his eyes traveling around the room, before he turned and centered his gaze onto him. “Vulwin?”

Iffear’s eyes widened at that before a low growl rolled from his throat. “How?”
His hand went to his chest, going to grip the amulet, and he started when he discovered that there was nothing there. Again his gaze went to Vulwin for an explanation.

“I sang it to rest, my Dragon. The soul is at peace.” Vulwin felt the tension leave his mate as he relaxed against him again.

“Yes.” Iffear was nodding. “I don’t feel its lure anymore, nor its cries of pain.” He looked up at Vulwin, his red eyes glittering in joy. “I thank you, my mate.”

“It was also how you were poisoned.” Vulwin knew that his voice had deepened in anger, but he couldn’t help himself. Someone had tried to make him suffer, to take away the one thing that he held most dear.

“It would not have killed me.” Iffear sniffed. “I am virtually indestructible, even more so with your protections holding me safe.” He waved the threat away. “It was a stupidity of their belief system and outdated information, I would assume.”

“Yet they did this to annoy me? To claim my vengeance? To start a war? It doesn’t make sense.” Vulwin reached out and pulled his Dragon into his arms, inhaling his scent, feeling his body warm and alive in his arms. “Why?”

“Miscalculation, I suppose.” Iffear hugged Vulwin back just as hard. “I am sorry I scared you.”

“Having a mate passing out mid-coitus will do that to a Dhrow.” Vulwin relented and joked a little, though he was still horrified at the thought of losing his mate. “You stole years of my life away.”

Iffear snorted, flicking him on the nose with a wet finger. “You haven’t even reached maturity yet, Dhrow. You have years to spare. And then you can’t start losing them until after our son is grown. Seeing you have a neat piece of contraception jewelry, um… thrust upon you, that won’t even happen until the king decides to release you.”

Iffear chuckled but stopped as Vulwin stiffened in his arms. “Say that again?”

“No son, because you haven’t reached your majority?” Iffear pulled back enough to look back up at him again. “Contraception ring?”

“It is not common knowledge that I have not yet reached the age of my majority,” Vulwin said carefully as his mind roared with plots and information and schemes. Being politically minded was a bitch some days, but in other ways it did more than make one suspicious of everyone else’s motives. Sometimes it pointed you in the correct direction whether you wanted it to or not.