Amidst a war as old as time, sometimes the battle lines
go awry, and the hunter becomes the hunted. 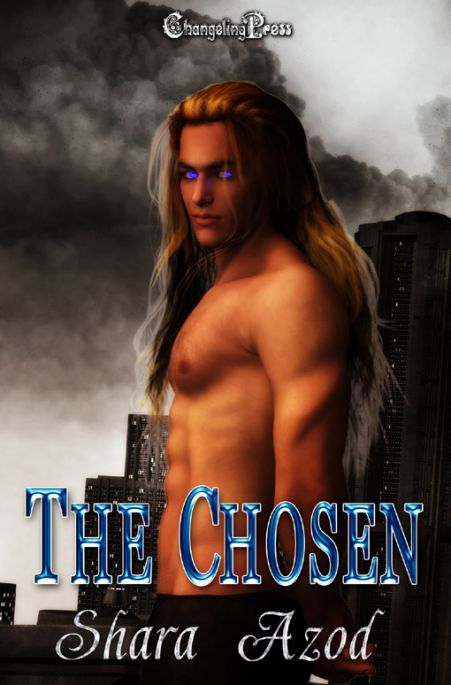 Amidst a war as old as time, sometimes the battle lines go awry, and the hunter becomes the hunted.

Ukko’s Discovery: Amidst a war as old as time, two ancient warrior beings find a precious gift that should not exist. Who is this mysterious female with powers equal to his?

Tar’s Challenge: Tar wants Dahlia beyond reason, but she’s protected by a centuries old mage. He’s going to have to work to get what he wants.

Release of Bres: In the battle between good and evil sometimes the battle lines go awry. But then Bres runs into a power outlet of his very own — a female who appears out of the mist, whose very presence is enough to bring him to his knees.

Netjer’s Fall: Tired of living in his brother’s shadow, Netjer seeks the woman who can give him the power he needs. Little does he know he is not the hunter, but the hunted.

Dahlia Garcia held her breath as she witnessed the arrival of the general and his entourage. For the millionth time she wracked her brain for any reason why he had requested for her to interview him. Not that this wasn’t the interview of a lifetime. Snagging an interview with the great General Peter Yarovit was less probable than snagging an exclusive with the president.

Up until now, the most powerful members of government she had ever interviewed were a couple of congressmen’s wives who were having some kind of asinine auction for charity. But he had called and specifically requested her. Her managing producer and mentor, Ken Wheaton, who was also the cable news network’s biggest star as well as the Washington bureau chief, had been told the general would not accept anyone else, and in fact, the whole interview was his idea. He had probably picked her because she was new and inexperienced. But no matter how much she had argued she wasn’t ready for such a heavyweight, nothing had swayed Ken.

“I believe in you, kid,” he had said dismissively. “That’s why I brought you on board. I have faith in you. Besides,” he added with a wicked twinkle in those sinfully sexy, blue-green eyes of his, “it’s an exclusive. He won’t be going to any other network, cable or otherwise. It’s his first interview since his wife died six months ago. Rumor has it there could be a major announcement.”

Damn, damn, double damn! Dahlia mentally cursed, covertly retreating to her office and locking the door. There was no way she could get out of it. Ken would kill her. Not to mention she owed her entire career to him. He’d plucked her out of the relative obscurity of the tiny Louisiana station she had landed at after college and whisked her here to New York with a prime time show. Sure, it was mostly fluff instead of hard news, but it was prime time, national exposure, and she was actually making money as opposed to treading water.

And now this. Dahlia sighed as she sank into the chair behind her desk. If she was lucky, she would be relegated to midday news with the other news bunnies. Maybe she could even make enough to keep the roomy Manhattan apartment Ken had helped her find. Maybe it wouldn’t be too bad. Yeah, and maybe pigs could fly.

She stared blankly at the litany of questions she had studied over and over again for the last week. She had of course memorized every question right down to each individual punctuation mark, and then had gone over them with Ken in mock interviews. But Ken, while being devilishly handsome and a consummate flirt, could not compare to the imposing figure of General Yarovit.

As the youngest four-star general in American history, the general was a superstar. Before her untimely death, he had been married to Meredith Osborne Whatley, the only child of the senior senator from Virginia and the current Senate Majority Leader. It was even whispered that he was on the short list to be the next Chairman of the Joint Chiefs of Staff now that the current one had announced he would be retiring within the year.

He was also the sexiest man Dahlia had ever laid eyes on. Although she had never been introduced, she’d had the opportunity to observe the general up close and personal at several parties in D.C. Ken had dragged her to. She knew he stood well over six feet, probably somewhere around six three or four. He had a lean, muscular physique — not too big, but just right — and jet black hair that looked as if it wanted to curl if it was just allowed to grow instead of being ruthlessly sheared into the standard military high and tight.

But what really made any woman within a hundred yards of the man a drooling fool was those eyes. Cool gray surrounded by unbelievably thick, long, black lashes a woman would kill for. She had stared for at least ten minutes before catching herself. Ken had offered to introduce her, but there was no way in hell she was going anywhere near that tall, imposing warrior-man. He was way out of her league, professionally and personally.

And yet, she felt an unaccountable connection to the enigmatic man she had never met. Just the thought of him had her insides melting, a pool of wet need puddling between her thighs. Dahlia sat morosely imagining all kinds of disasters that were about to befall her. Absently rubbing the birthmarks at the nape of her neck, she pressed her legs together, trying without success to think of anything but how gorgeous the general was. She had no business feeling this way about this man. A new widower, at that. How sad was it that just thinking about him made her skin itch to be touched? But that was something she could never allow, even if it were a possibility, which it wasn’t. Dahlia was not like other people. She could not bear the touch of anyone, especially men.

“At least I have some savings,” she muttered to herself. “I can always move back to Louisiana, get my old job back maybe…” Wishful thinking. Once she crashed and burned here because she was too tongue-tied, too strung out with a need she couldn’t explain, no one would touch her with a ten-foot pole. What was worse, she would let Ken down. The man had traveled to Louisiana solely to offer her a job. The act was unheard of in her field. Reporters auditioned and worked for years to land the position she had. Unless they had serious connections. Dahlia was an orphan; she’d never had anything but her wits and the strange abilities Ken was helping her to control.

She was truly screwed.

She was so engrossed in her thoughts she never heard her office door open. She didn’t notice the subject of her obsession silently closing the door, locking it behind him.

Dahlia jerked her head up with a gasp. Oh, God, the man was even more devastating up close and personal. He moved with silent grace a man of his size should not have. His eyes pinned her to the spot, making the slow flow of need morph into a river.