I lost the love of my life and vowed to never love again.
Until temptation walked through the door. 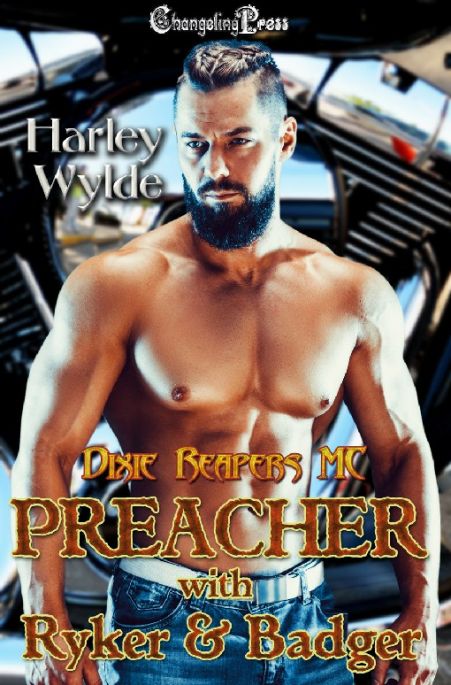 Preacher (Dixie Reapers MC): When I lost my family I closed off my heart and vowed to never let another woman in. Then the most tempting woman I’ve ever met gave me a night I knew I’d always remember. When she turns up two months later, she knocks me on my ass when she tells me she’s pregnant. With my kid. I don’t know that I believe in a higher power anymore, but maybe it’s time I start praying again. Because giving this woman everything she needs, being the man she deserves, is going to take one hell of a miracle.

Ryker (Roosters 2): After 20 years in the military, I find myself doing my dad’s dirty work as the “prince” of the Hades Abyss MC, it’s expected of me. Doing a little recon in a small Alabama town should have been boring as shit, until the hot little minx I met at a bar turned my life upside down. If I’d known she was a virgin, I might have backed away, but now that I’ve had a taste I just want to keep coming back for more. Little did I realize that I’d just fucked the sister of a Dixie Reaper…

Badger (Roosters 5 — with Paige Warren): I went to prison for ten years after beating a man to death. He deserved it — I only wish he’d suffered more. Now I’m free, and the little girl I once saved is now a tempting young woman with curves in all the right places. She’s also the adopted daughter of my Pres. I should stay away, far away, but I’m drawn to her like a moth to a flame. Now what the hell am I supposed to do? I’m a longtime repeat offender. I can’t walk the straight and narrow. Can I? When I found out she’s pregnant, I know there’s nowhere to hide from the president of the Devil’s Fury MC.

Get it at Amazon in Paperback